Hot pot is popular in all seasons in Macau, in fact, so is barbecue. When it comes to Ko-rean barbecue, I’ll need to mention Shin Mapo BBQ. In Korea alone, Shin Mapo has more than 400 locations. There are also global restaurants around the world. The brand came to Macau in 2016 and opened a store in Fai Chi Kei to join the restaurant district. The store design is almost the same as the ones in Korea. You can almost feel like you are in Korea while eating delicious BBQ. The fan system is also very nicely built. I don’t smell like barbecue after spending a few hours in the restaurant.

There are two “must try” at Shin Mapo. You probably have seen the eggs on the side of the grill at Korean restaurant. It’s actually invented by Shin Mapo! So the first “must try” is their barbecue egg. Second, it’s the “Hanging Tender” It’s a piece of meat between the liver and stomach. There is only 200 g of “hanging tender” per pig. It’s rare and delicious!

Many ladies might be scared away simply hearing the phrase “pork skin”. Actually the pork skin has a lot of protein that good for your skin! This red color pork skin is marinated by some Korean special sauce. It’s a little spicy. The temperature is controlled very nicely so it’s kind of crispy outside and tender inside. 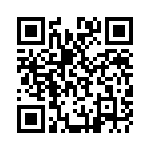